Why does glue not stick to the inside of the bottle? 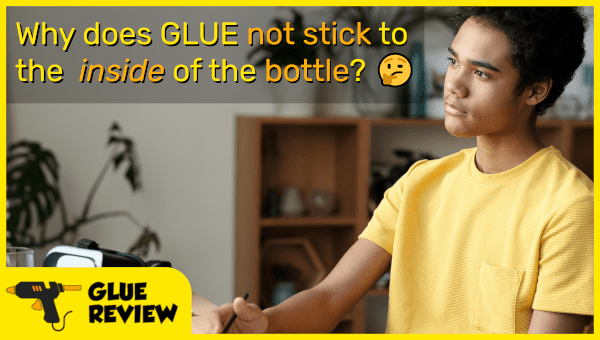 Truly one of the great questions of our time. Why does glue not stick to the inside of the glue bottle? Let’s find out…

Why does glue not stick to the inside of the bottle?

Glue doesn’t stick to the inside of the bottle because most glue works by evaporation, or by reacting with the moisture in the air. Neither of these processes are possible inside an airtight container, so the glue remains liquid.

The exact process is different for different types of glue, but the general principle is that glue needs to be exposed to the air in order to cure, so keeping it in a sealed container prevents it from hardening and becoming sticky.

Why does Elmer’s glue not stick to the inside of the bottle?

Elmer’s glue is made from Polyvinyl Acetate (also known as PVA). This is a petroleum-derived polymer, which is suspended in a solvent (usually water) which evaporates in the air.

No air = no evaporation = no sticky.

In other words, Elmer’s glue is made up of two main parts. An adhesive (PVA), and water. When you apply the glue, the water evaporates, leaving the sticky PVA behind to form a strong bond.

If you keep the liquid in the bottle, there’s nowhere for the water to go, so it can’t evaporate. Therefore, the glue remains liquid until it’s exposed to the air.

Why does Superglue not stick to the inside of the bottle?

Like Elmer’s, superglue hardens when it’s exposed to air, but the process is a bit different.

Superglue is made from a chemical called Cyanoacrylate, which cures when it’s exposed to moisture.

It’s so reactive that it doesn’t even need liquid water to cure, just the moisture in the air or on a surface is enough. Even if you think it’s a dry day, air always contains at least a little humidity, which is enough to set it off.

That is why you will find superglue comes with a fully airtight seal when you buy it so that no air can get inside, which would cause the glue to harden.

Superglue is notorious for hardening inside the tube, but only once the airtight seal has been broken. While the tube is sealed, it remains liquid.

How to stop glue from hardening inside the bottle

Though the process is slightly different for different adhesives, the basic principle is that glue reacts with air, so the best way to prevent the glue from drying out or solidifying inside the container is to make sure it is airtightly sealed after every use.

For some glues (especially superglue) which are highly reactive, you REALLY need the bottle to be completely airtight, otherwise, it will very likely solidify inside the tube.

Even the tiniest gap is enough to let in air and ruin your superglue.

For some other glues (especially PVA glue like School glue and wood glue) a tightly sealed cap should be enough, as it is far less reactive than superglues.

You can further increase the shelflife of your glue by keeping it in a cool, dry place away from any UV light, heat sources, or moisture sources.

I hope you found this article useful.

Now you know the secret of why glue doesn’t stick to the inside of the bottle, the sky is the limit. Who knows what you might achieve with this incredible information. Go forth and prosper. 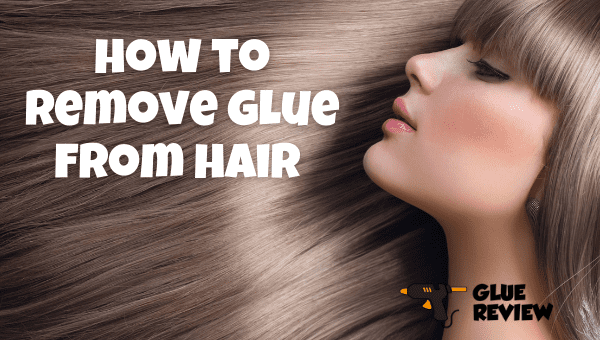 How to get glue out of hair 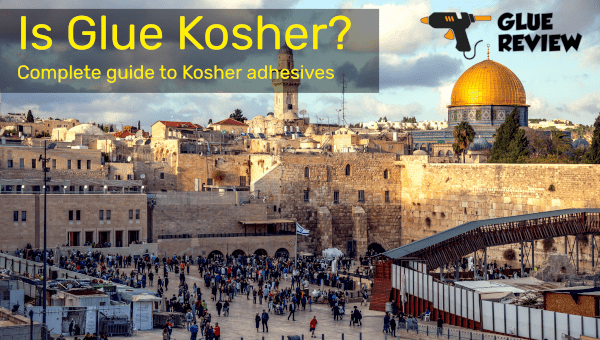 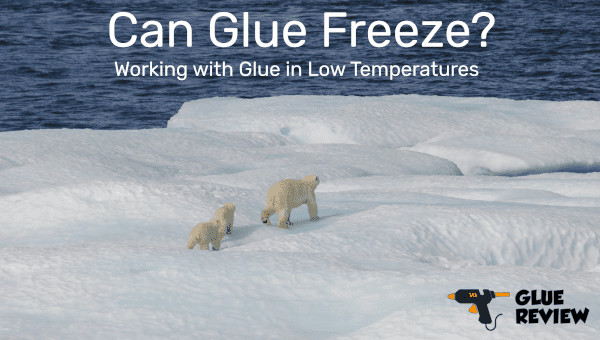